The R&D Department Department of Seismology and Acoustics (RDSA) at KNMI in De Bilt, The Netherlands, welcomes YPN exchange requests from mid-2022. The goal of the exchange is scientific use of IMS data to support treaty verification, and the activities include processing of data, interpretation, synthesis of results and possibly writing a report/scientific article.

The R&D Department of Seismology and Acoustics (RDSA) is part of the Royal Netherlands Meteorological Institute (KNMI) which is situated in De Bilt, The Netherlands. KNMI hosts the Dutch NDC and advises the Dutch Ministry of Foreign Affairs on technical aspects regarding treaty verification.

The RDSA department is involved in the R&D of the seismic, hydroacoustic and infrasound (SHI) waveform technologies that are used as part of the International Monitoring System (IMS) and has built up expertise in seismology and acoustics for several decades.

There is a strong focus on observational science, and the department operates a dense seismological and infrasound network in the Netherlands. The RDSA department consists of approximately 20 scientists, many of which are early-career scientists and PhD students. There are existing ties between the RDSA department and universities in Utrecht and Delft.

You can read more about KNMI here: https://www.knmi.nl/over-het-knmi/about

What can KNMI offer?

The goal of the exchange is scientific use of IMS data to support treaty verification.

The mentors can offer guidance on SHI technologies, such as array processing, propagation modelling (ECMWF/knowledge atmospheric models), and interpretation.

During the scientific exchange, the main tasks and activities will be processing of data, interpretation, synthesis of results and possibly writing a report/scientific article.

The department welcomes exchange requests from mid-2022 at the earliest. The young professional may stay for three to six months for assignments (BSc/MSc level).

If the COVID-19 situation does not allow travelling, it would be possible to facilitate remote mentoring.

The working language of all mentors is English. 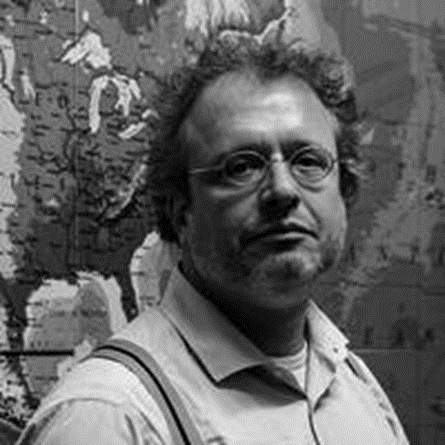 Läslo Evers is head of the R&D Seismology and Acoustics department at KNMI and Professor of Seismo-Acoustics at Delft University of Technology. His research interests focus around seismo-acoustic waves in the solid earth, oceans and atmosphere. Studying such waves allows for identifying sources in the different geophysical media. Furthermore, changes in media can be monitored by evaluating the propagation velocity of seismo-acoustic waves. Both deterministic transient signals, from e.g. earthquakes, and ambient noise are used to address changes in the deep-ocean temperature or upper atmospheric wind and temperature structure. Applications are also found in forensic seismo-acoustics, where such waves are used to verify the Comprehensive Nuclear-Test-Ban Treaty. Läslo Evers studied Geophysics (Seismology and Exploration Geophysics) at Utrecht University, where he obtained his MSc degree in 1996. While working at KNMI, he received his PhD degree in 2008 from TU Delft for the study of infrasonic waves, where he was appointed as Professor in 2015.

Dr. Jelle Assink is a Senior Geophysicist at the Seismology and Acoustics department at the Royal Netherlands Meteorological Institute (KNMI) and makes use of seismo-acoustical waves for atmospheric remote sensing, the monitoring of natural hazards, and CTBT verification research. Over the years, he has developed algorithms for data processing and infrasound propagation modeling. Besides research, Jella Assink is currently responsible for the operations of KNMI's microbarometer array network and is interested in synergies with meteorology, such as the study of gravity waves that are detected on our sensitive pressure sensors. Before joining KNMI in 2015, he worked at the National Center for Physical Acoustics in Oxford, MS, USA, and the Alternative Energies and Atomic Energy Commission (CEA) near Paris, France.

In February 2017, Dr. Shahar Shani-Kadmiel started his postdoctoral research in seismo-acoustics. He studies the interaction of seismic waves in elastic media (solid-earth) with acoustic waves in fluid media (oceans and atmosphere). Specifically, Dr. Shani-Kadmiel uses signals from impulsive sources, for example, earthquakes and explosions, that have coupled from the subsurface to the oceans and atmosphere to produce acoustic waves, aka infrasound in the atmosphere, to say something about the source, the media of propagation, and the geophysical coupling process.